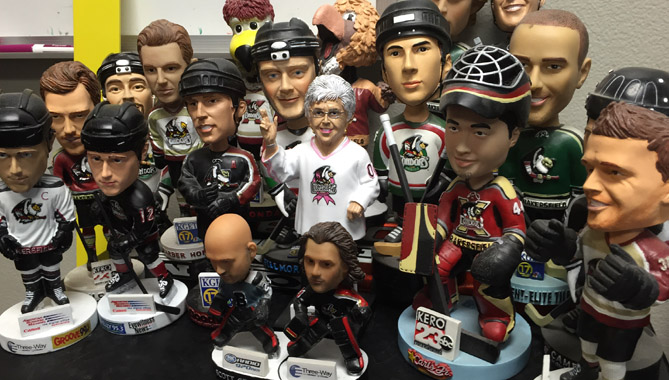 Bobbleheads are a staple in all sports, but in Condorstown, many have been known to live by the bobblehead. In fact, as you can see, in 2010-11, the Condors did not give away a bobblehead (there were other figurine type giveaways with the All-Star Classic) and fans “revolted” with demands for a bobblehead the next season.

Which Condors bobblehead is your favorite of all-time? After a straw poll of the Condors office, our top 3 would be Yutaka Fukufuji because it’s a goalie bobblehead with the 10th anniversary logo, Dancin’ Granny because of the bobbling hips, and the paint your own bobblehead (Baby Cal) night.

Who will be this year’s bobblehead?