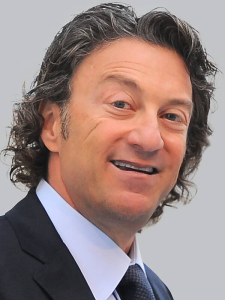 Born and raised in Edmonton, Daryl Katz grew up a passionate Oilers fan. Daryl acquired the Bakersfield Condors in 2014 and upgraded the franchise to the American Hockey League in 2015, making the Condors the premier development platform for the Oilers organization. Since 2015, 19 players have graduated directly from the Condors to the Oilers, and a total of 54 players have played for both the Condors and Oilers, along with Oilers Head Coach Jay Woodcroft and Assistant Coach Dave Manson.

A community builder at heart, Daryl has committed significant time, energy and capital to develop Edmonton’s award-winning ICE District and make his vision for a revitalized downtown Edmonton a reality. ICE District is an ambitious multi-billion dollar project that is transforming the heart of our downtown into a vibrant, walkable and sustainable sports and entertainment district, with a host of new commercial, residential and public amenities. ICE District’s beating heart is Rogers Place, home of the Edmonton Oilers and a premium North American entertainment venue that was designed and built in a landmark collaboration between Katz Group and the City of Edmonton.  Bustling with events and activity, ICE District is giving rise to an exciting rebirth of Edmonton’s urban core.

Daryl graduated from the University of Alberta’s Faculty of Law in 1985. Daryl and his wife Renee are proud parents of Harrison and Chloe, co-founders of the Hockey Helps Kids charitable initiative. He also serves on the National Hockey League Board of Governors.