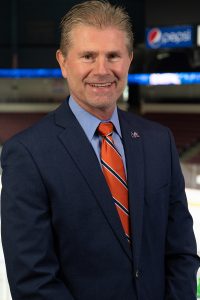 Riley is responsible for the growth and development of KG (US) Oilers Corp. and the Bakersfield Condors, the organization he has guided since it’s inception in 1998. Riley was previously the vice chairman for the ECHL Board of Governors Executive Committee, and also served on various other league committees.

He was instrumental in negotiations in the January 2014 purchase of the Condors by the Edmonton Oilers and the team’s elevation to the American Hockey League (AHL) in 2015-16 garnering their highest average attendance in over five seasons.

Now in the AHL, Riley was the driving force behind the organization’s grandiose plans for the Three-Way Chevrolet Condorstown Winterfest presented by Mission Bank held Dec. 21, 2016 – Jan. 7, 2017 outdoors at Bakersfield College’s Memorial Stadium.

Another direct initiative during the AHL tenure was the adoption of the Junior Condors name for Bakersfield’s existing youth hockey program. The Condors bought and donated all jerseys in the program’s first year and will establish scholarship funding through the team’s Condors Community Foundation.

The Condors won 15 ECHL front office awards in their ten ECHL seasons, including the 2014 ECHL Award of Excellence in Marketing. The Condors have raised over $5 million for charitable organizations in Kern County during the last 18+ years.

Riley joined the organization late in 1997, when they were named the Bakersfield Fog, to execute the transition from the Bakersfield Convention Center to Bakersfield Centennial Garden (now known as Rabobank Arena). He took charge of the Condors in July of 1998, and in his first season at the helm, the Condors were named the West Coast Hockey League Organization of the Year. In 2001, his title was expanded to include President. During the summer of 2002, Riley was named the Acting Commissioner of the West Coast Hockey League, and he played a large role in the transition to the ECHL as well as closing down WCHL operations.

The Keokuk, Iowa, native previously served as the Executive Director of the Mobile (AL) BayBears Baseball Club, the class-AA Southern League affiliate of the San Diego Padres, and was integral in the construction of Hank Aaron Stadium, their home park. During their inaugural season in 1997, the BayBears led the Southern League in attendance. He also served as General Manager with the Mobile BaySharks Baseball Club, Assistant General Manager of the Chattanooga (TN) Lookouts (Southern League) and interned for the St. Louis Cardinals Baseball Club. Riley is a graduate of Nebraska Wesleyan University with a degree in communications. He earned a master’s degree in sport management from the United States Sports Academy in Daphne, Alabama.

Riley is very active Bakersfield’s youth hockey and baseball programs. He and his wife, Teri, reside in Bakersfield with their son, Landon.

Favorite Movies: Field of Dreams, Caddyshack, Miracle, The Sandlot, The Blind Side

Favorite Quotes: “You may be disappointed if you don’t reach your goals, but you’re doomed if you never try.”

“Do the right things long enough, consistently, and success will follow.”
“Individual commitment to a group effort; that is what makes a team or company work.”
“You cannot hold a torch to light another’s path without brightening your own.”

Matthew Riley can be contacted at mattr@bakersfieldcondors.com 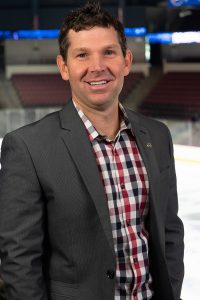 Justin, a Bakersfield native began his career with the Condors during the 2002-03 season as a press box assistant.  During the 2009-10 season, he was promoted to Vice President of Operations, in which he was responsible for overseeing day to day operations of the front office. In 2017, he became the Vice President of Ticket Sales and manages the ticket staff.

Justin graduated with a degree in Business Administration with a concentration in Sports Management from Cal State Bakersfield. He currently resides in Bakersfield with his wife Leina and two kids, Oliver and Atta Kay.

Favorite Dish: Smoked salmon on a bed of white rice

Justin can be reached at fahsbender@bakersfieldcondors.com 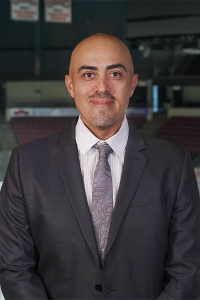 Jose joined the Condors in September of 1999. In June 2009 he was promoted to Vice President of Ticket Sales, and in 2017 became Vice President, Members Services for the team’s service department. In addition to selling season ticket packages, Jose is also in charge of ticket services for our bilingual fans.

Before joining the Condors, Jose worked for Texaco North American Production Kern River Field, assisting with various production and drilling aspects. Since being appointed Director of Ticket Sales in July of 2004, the Condors were named ECHL Ticket Department of the Year in 2004-2005, and had Co-Ticket Executives of the Year in 2006-07. Rivera was also voted by his peers to be the recipient of the ECHL Ticket Executive of the Year for the 2013-14 season.

The Bakersfield native graduated from Arvin High School and attended Bakersfield College. Jose is active in the Kern County Hispanic Chamber of Commerce. Jose resides in Bakersfield with his wife, Rachel and his sons, Joseph and Jack.

Jose Rivera can be contacted at rivera@bakersfieldcondors.com 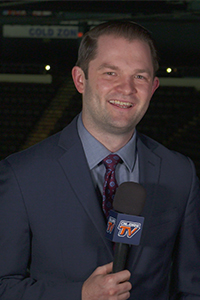 Holt joined the Condors in 2011. He is the play-by-play voice for all Condors games, handles all matters of the public relations department, and marketing. He received the 2012-13 ECHL Award of Excellence in Media Relations.

Holt received his Bachelor’s of Liberal Arts Degree with a major in Political Science from Holy Cross in 2010.  While in Worcester he was president of the student radio station and broadcast hockey, football, and basketball for the Crusaders. 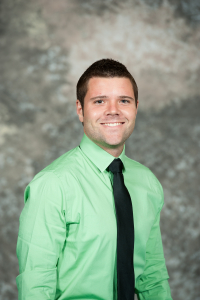 Greg joined the Bakersfield Condors in May 2005, holding various roles for the organization during that time. He is currently the Director, Group Experiences and Strategy. The ECHL tabbed him Co-Ticket Executive of the Year in 2006-07, and he was also feted as the Condors Salesperson of the Year for 2005-06 and 2006-07.

Greg and his fiancé Erika reside in Bakersfield with their dog Sadie.

Greg Lowe can be contacted at glowe@bakersfieldcondors.com 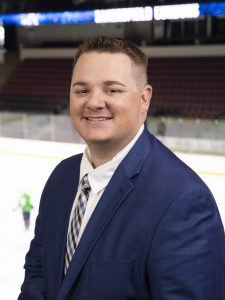 Dominic joined the Condors in 2015 and handles all matters related to Condors creative department including print and promotional material. A native of the Central Valley, Dom attended Fresno State where he received his Bachelor’s Degree in Philosophy and Fresno Pacific where he received his Master’s in Sports Administration.

He previously worked in minor league baseball for the Bakersfield Blaze, Fresno Grizzlies, and most recently the Reno Aces, AAA Affiliate of the Arizona Diamondbacks.

Dom, his wife Samantha, and their English Bulldog reside in Bakersfield. 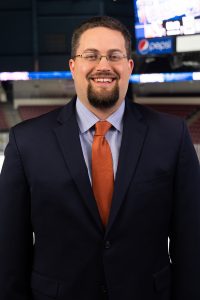 Parsons joined the Bakersfield Condors in July 2013 as an Account Manager, tasked with ticket sales and renewals and has since been promoted to Director, Ticket Sales. Under his new role, he oversees all aspects of ticket sales and the team’s account managers.

Born and raised in San Diego, Parsons is a huge San Diego Sports fan, showing unrelenting support for the Padres and San Diego State. Prior to coming to the Condors, Parsons attended CSUB where he worked as a ticket sales intern before graduating with his degree in Business Management.

He and his wife, Brandi, reside in Bakersfield.

Hobbies: Spending time with family and friends, playing golf, relaxing, skiing, going to any sporting event, floating down the river, and watching TV

Roger can be reached at rparsons@bakersfieldcondors.com 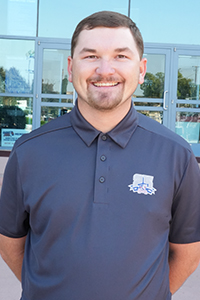 Taylor has had multiple positions with the Condors since 2016 including his current role managing game and event operations.

Born and raised in Bakersfield, he graduated from Frontier High School in 2016 and has been a Condors season ticket holder since birth.

He grew up playing baseball and was on the 2016 Jr. USA National Softball Team as a pitcher.

In his free time, Taylor coaches travel softball with the Firecrackers Keene program.

Favorite Movie:  Miracle on Ice, Moneyball, and Days of Thunder 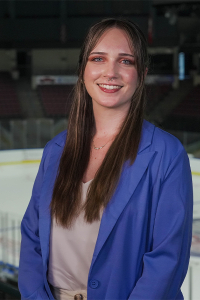 Rebecca joined the Condors in August 2022 and is responsible for community involvement, digital media, and managing the Condors Community Foundation 501 (c)(3).

The San Jose native graduated with a Bachelor’s degree in Arts, Media, and Entertainment from the University of Arizona in 2019 and has a certificate in the Fundamentals of Global Sports Management from New York University. Her previous stops included positions with the New York Red Bulls and New York City Football Club of Major League Soccer.

Favorite Movies: Ferris Bueller’s Day Off & A League of Their Own 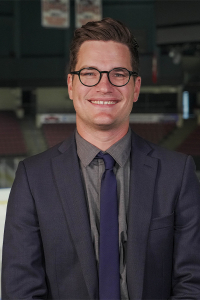 James joined the Condors in September 2021 and is responsible for the creation of the team’s video content including commercial, digital, and advertising. 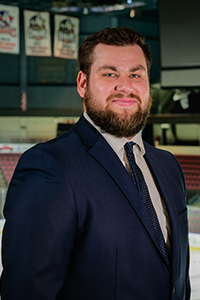 Joey joined the Condors in August 2021 and is responsible for ticket package sales and game night experiences.

Born and raised in Ventura, California, he enjoys playing hockey, fishing, golf, and video games. He resides in Bakersfield with his dog, Zeus. 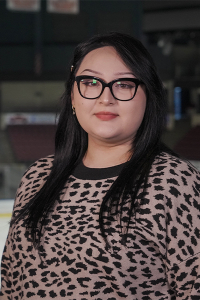 Emmi joined the Condors in October 2022 and is responsible for the service of all Condors365 members.

Born and raised in Hanford, CA, she moved around California before finding a home in Bakersfield in 2020. 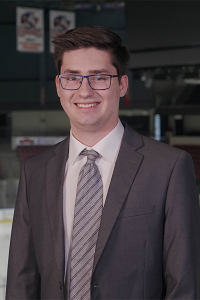 Josh joined the Condors in August 2022 and is responsible for creating group experiences and ticket packages on game nights. 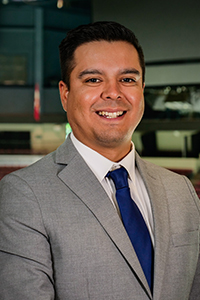 Juan joined the Condors in August 2021 and is responsible for group sales and cultivating group experiences for youth sports teams, churches, and civic organizations.

He was born in Los Angeles. After moving to Bakersfield, he graduated from Foothill High School and earned his Associates Degree from Bakersfield College in Communication Studies and Business Administration. 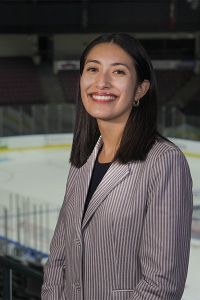 Nenetzin joined the Condors in April 2022 and is responsible for group sales and cultivating group experiences for schools, colleges, and performing studios.

Growing up she performed folklorico, was a competitive lap swimmer, synchronized swimmer, and ran for her high school’s track & field and cross-country teams. In her free time she enjoys reading, staying active and trying new restaurants. 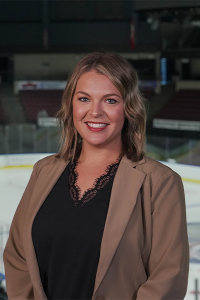 Naomi joined the team in 2016 in charge of the team’s financial department and administrative duties.

Born and raised in Bakersfield, where she graduated from CSU-Bakersfield with a major in Business Administration and a concentration in accounting.

Her hobbies include spending time with family, eating good food, and being outdoors. 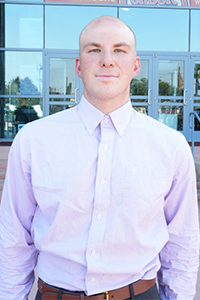 Cole joined the Condors in October 2022 and is responsible for team merchandise and store fronts, along with game day operations.

Originally from Wisconsin, Cole majored in Sports Management at the University of Minnesota, Twin Cities in Minneapolis and graduated in 2019.

In his free time he enjoys watching and playing sports, going to the gym, and listening to music.