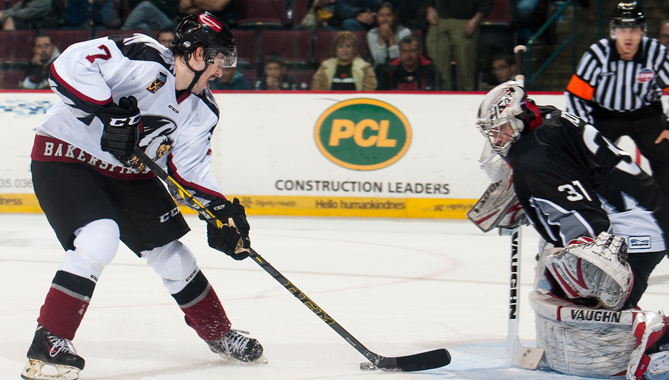 UP NEXT – SEINFELD WEEKEND
On Saturday, Nov. 15 the Condors will don their much-publicized Seinfeld Puffy Shirt Jerseys, sponsored by KUZZ 107.9 and American Business Machines. The jerseys will be auctioned off for M.A.R.E. after the game and five will be given away that night. Also, bring a new or gently used coat, or a can of soup, for donation and receive 2-for-1 admission. The coat drive is sponsored by KGET-TV 17.

May the Force be with you
Scroll to top