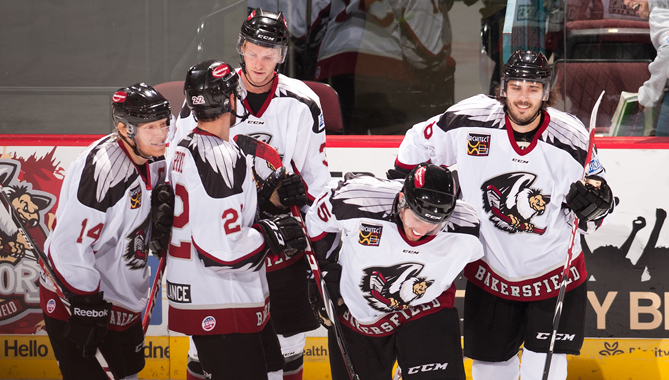 UP NEXT – FOOTBALL GIVEAWAY THIS SATURDAY
The Condors are back on home ice Saturday night for Football Giveaway Night. The first 2,000 fans 17 and under get their choice between a Raiders, Chargers or 49ers football, sponsored by KiX 92.1 and Dignity Health. The first team to run out will be declared Condorstown’s favorite football team. Show your pride by wearing your team’s colors to the game.