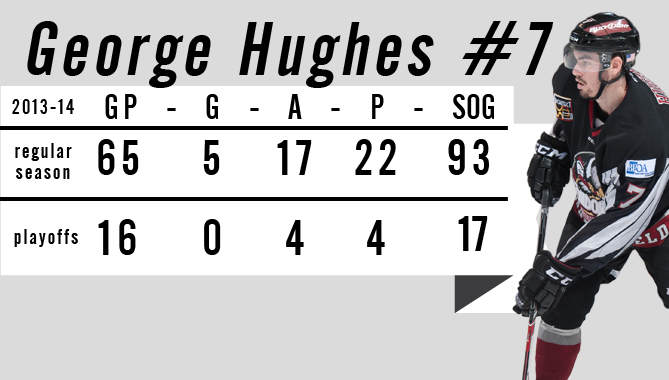 Picked up by the Condors during training camp, rookie d-man George Hughes adapted quickly to the pro game and became one of the most valuable rookie defensemen in the Western Conference. He scored five times and racked up 22 points on the season to finish third on the team in points among blueliners. Hughes was a mainstay on the Condors power play and only took three minor penalties all season long.