Blog - Latest News
CONDORSTOWN, Calif. – The Bakersfield Condors announced today that RW Taylor Beck has been named the CCM / AHL Player of the Week for the period ending Nov. 6, 2016. Beck is the first Condors player to receive the award. 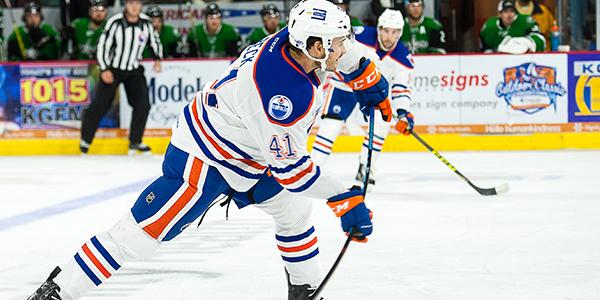 CCM / AHL PLAYER OF THE WEEK – TAYLOR BECK
DANA VOLLMER NIGHT AND FOOTBALL GIVEAWAY THIS WEEKEND
The Condors are home for two games next weekend. Friday night, meet one of the most decorated women Olympians in U.S. history, as five-time Gold Medalist swimmer Dana Vollmer will be in the house, courtesy of My45 and The Groove 99.3. Get your picture with her in the Condors photo booth.

FUNNEST 3-PACK EVER – PUBLIC CAN BUY OUTDOOR CLASSIC TICKETS NOW!
Three big games. One fun three-pack. Teddy Bear Toss, the Three-Way Chevrolet Condorstown Outdoor Classic pres. by Mission Bank, and Five Dollar Frenzy – Youth Jersey Night, all for just $56? The Funnest 3-Pack Ever is the only way to get the best seats to the three biggest games of the year!
Get this deal now and book your seat for three HUGE games this season. Call 324-PUCK (7825) or click here for more information.
https://www.bakersfieldcondors.com/wp-content/uploads/2016/11/Beck_Small_Final-1-1.jpg 300 600 condors /wp-content/uploads/2022/08/WebSite-Top-Bar-1.png condors2016-11-07 09:52:232016-11-07 09:52:23Beck named CCM / AHL Player of the Week