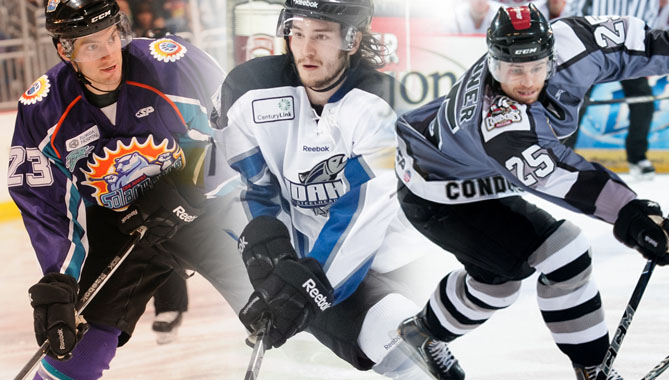 Troy’s Take: “Tyler is a guy who had some success here in Bakersfield last season. He can play in all situations, plays a physical style of game, but is very skilled for a bigger player.”

Troy’s Take: “I had an opportunity to watch Chase during Oklahoma City’s training camp and was impressed with his skill level and ability. He had a good postseason last year in Idaho and we’re looking forward to seeing him in a Condors sweater.”

Troy’s Take: “Another big body on the blue line who is responsible in his own end. He had a good college career for a very good hockey program and will provide valuable depth on the back end for us.”