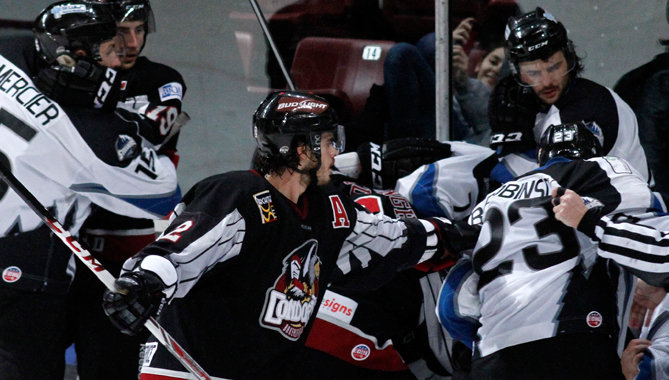 BOISE – It was not easy, but the Bakersfield Condors (9-15-0-1, 19pts) took two of three games against the Idaho Steelheads (14-9-2-2, 32pts) with a 4-3 win at CenturyLink Arena on Sunday afternoon. C Joel Broda potted the game-winner early in the third period and had three points to lead the Condors to their sixth win in nine games.

The Condors return to home ice the day after Christmas with Kids In Free Night, sponsored by 29 Eyewitness News and La Caliente 96.9. Kids 14 and under can get a free lower level ticket with the purchase of at least one adult ticket. Kids must be present at time of purchase.

Condors Weekly: Climbing the standings with wins in Idaho
Scroll to top