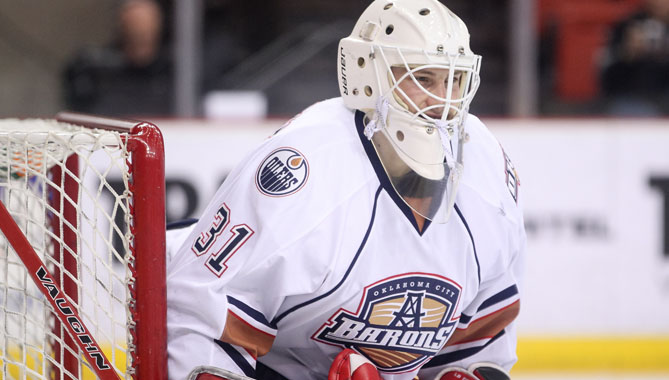 CONDORSTOWN, Calif. – The Bakersfield Condors, ECHL affiliate of the Edmonton Oilers, announced today that G Laurent Brossoit has been assigned to the team by the Oilers from Oklahoma City Barons of the American Hockey League (AHL). In addition, G Chet Pickard has been called up to the Barons. Brossoit is expected to join the team in Boise for three games this week against the Idaho Steelheads.

Pickard heads to Oklahoma City after playing in 10 games with the Condors. His record stands at 3-5-0 with a 2.91 GAA and a .881 save percentage.

The Condors head out onto the road for three more games in Idaho starting Wednesday. They return to home ice the day after Christmas with Kids In Free Night, sponsored by 29 Eyewitness News and La Caliente 96.9. Kids 14 and under can get a free lower level ticket with the purchase of at least one adult ticket. Kids must be present at time of purchase

Pick up the latest Condors swag from our merchandise store for the loved one in your life. New sweatshirts, jerseys, hats, and shirts are available PLUS pick up little items such as mini sticks, pucks, and more to make the perfect stocking stuffer. To shop at the store, click here.