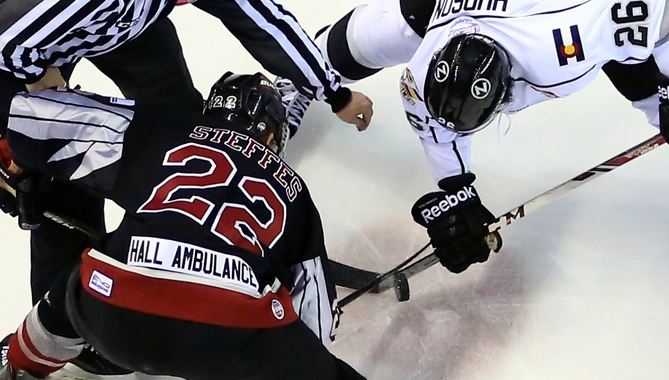 LOVELAND, Colo. – G Tyler Bunz earned his fifth win in a row, stopping a season-high 35 shots, as the Bakersfield Condors (13-16-0-1, 27pts) earned the split against the Mountain Division leading Colorado Eagles (16-9-3-2, 41pts), 2-1, on Saturday night at the Budweiser Events Center.

1st Period
2nd Period
3rd Period
Condors droppings:
NEXT HOME GAME
Saturday, Jan. 11 vs. Las Vegas
TIP-A-CONDOR – TUES. JANUARY 28
Tickets are on sale now for one of the most anticipated nights of the season, Tip A Condor. This year’s event returns to Firehouse, located at 7701 White Lane, on Tues. January 28 from 5-8 p.m. Every year Condors players trade their hockey gear in and become waiters, all in the name of a good cause. There will be tremendous auction items available to bid on and fans can interact with the players playing games, taking pictures, and more as the guys collect tips for the Kern County Shrine Club. Tickets are $25 and are on sale now. Click here

Choose four upcoming games and save over 20% on box office ticket prices with a Condors Fun 4-Pack. These 4-Packs are perfect for those who like to have FUN!! (They are also perfect for the person that you want to take you to Condors games….)