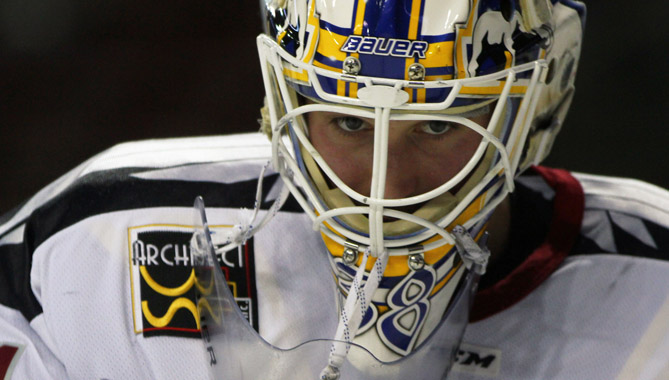 G Sean Cahill, a rookie out of the University of Alaska-Fairbanks, made his professional debut and stopped 33 shots on 35 attempts.

Fans, be a part of history as the Condors move to the American Hockey League in 2015-16. Memberships begin for less than $17/month. Contact the Condors at 324-PUCK (7825) for more information.