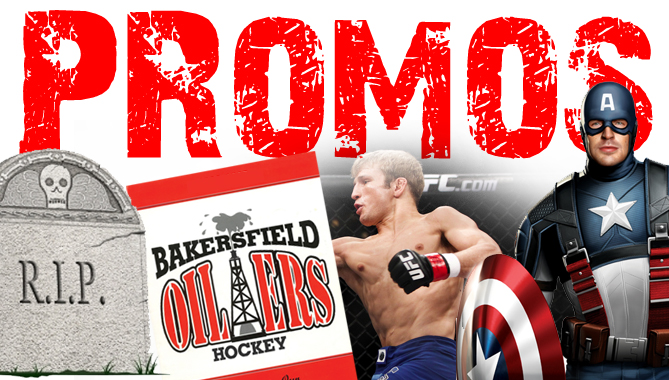 THOR APPEARANCE/SKATE WITH THE CONDORS

SPONGEBOB SQUAREPANTS/SKATE WITH THE TEAM

BAKERSFIELD OILERS JERSEY OFF OUR BACKS

These are in addition to all of the awesome promos already announced. To view the promotional calendar, click here.