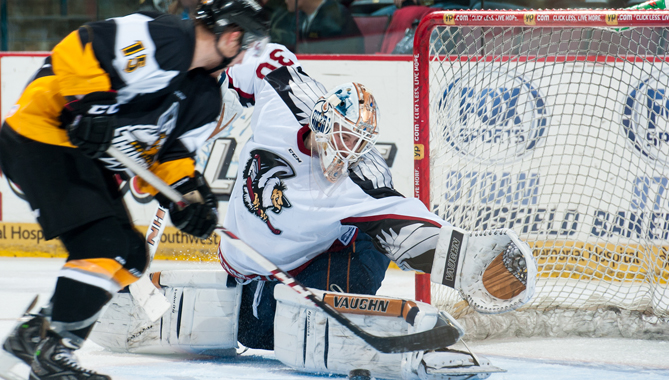 CONDORSTOWN, Calif. – The Bakersfield Condors (14-17-1-1, 30pts) opened up a 4-0 lead in the first period and finished off the Stockton Thunder (18-13-0-4, 40pts) with three in the third to claim a 7-2 victory Tuesday night at Rabobank Arena. The Condors have won six of their last seven home games.

Followon TwitterSubscribeto RSS Feed
How do I get my buddy’s name on the big screen for the game on Sunday...