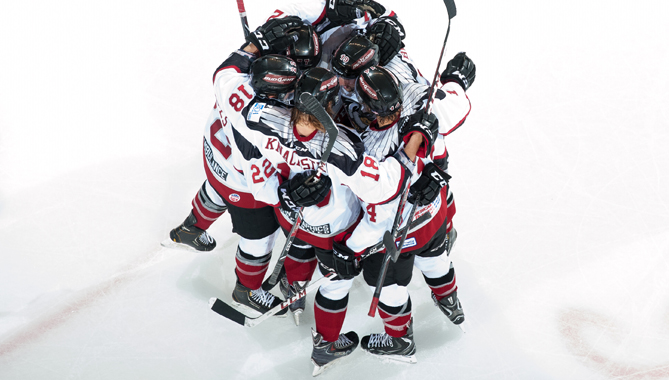 CONDORSTOWN, Calif. – The Bakersfield Condors, owned by the Edmonton Oilers, rolled over the Utah Grizzlies, 5-0 in Game 5, to advance to the Western Conference Semifinals. They defeat the #3 seeded Grizzlies 4-games-to-1. The crowd of 5,040 was the largest among any Western Conference games of the post-season.
The Condors open the 2nd round against the Stockton Thunder, with Games 1 and 2 in Condorstown, on May 2 and 3 at Rabobank Arena. Both games start at 7 p.m.

Bring on Stockton!!!
Scroll to top