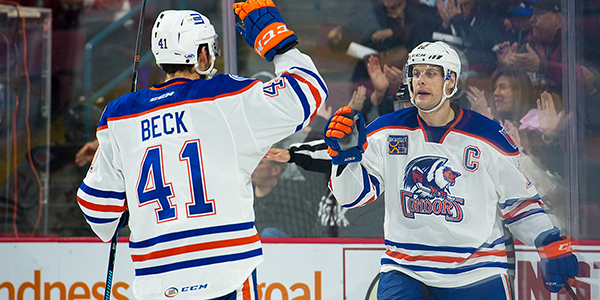 CONDORSTOWN, Calif. – The Bakersfield Condors (4-4-0-0, .500) triumphed in a 5-3 win over the Texas Stars (6-4-1-0, .591) Saturday night at Rabobank Arena. Captain Ryan Hamilton led the way with a pair of goals, and RW Taylor Beck had four points (1g-3a). The Condors face the Tucson Roadrunners at Rabobank Arena next weekend.

The Condors are home for two games next weekend. Friday night, meet one of the most decorated women Olympians in U.S. history, as five-time Gold Medalist swimmer Dana Vollmer will be in the house, courtesy of My45 and The Groove 99.3. Get your picture with her in the Condors photo booth.