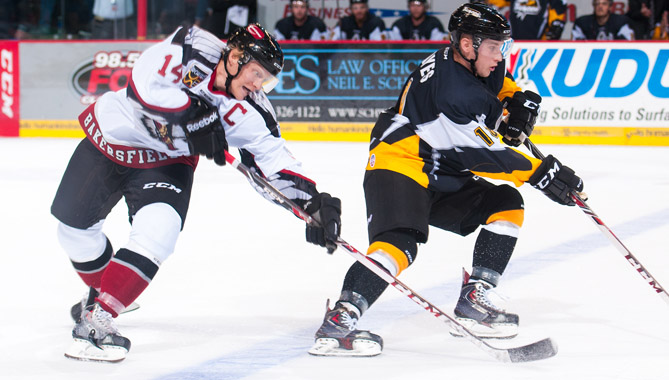 STOCKTON, Calif.– The Bakersfield Condors (1-2-0-0), owned by the Edmonton Oilers, led 2-0 after one period of play, but could not sustain the first period dominance and fell 4-2 to the Stockton Thunder (2-1-0-0) on Sunday afternoon at Stockton Arena.

D Graeme Craig opened the scoring with his first as a pro.