Blog - Latest News
CONDORSTOWN, Calif. – The Bakersfield Condors (29-23-5-1) pulled away from the San Diego Gulls (38-16-3-2) in a 5-1 victory on Friday night in front of 5,536 at Rabobank Arena. G Jonas Gustavsson was credited with a goal in the third period, becoming just the 12th goaltender in AHL history (81 seasons) to score a goal. With the win, Bakersfield maintained its three-point advantage for the final playoff spot in the Pacific Division. 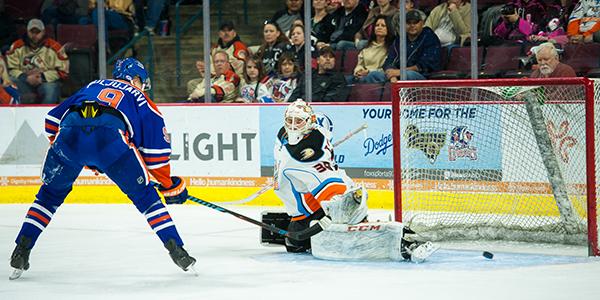