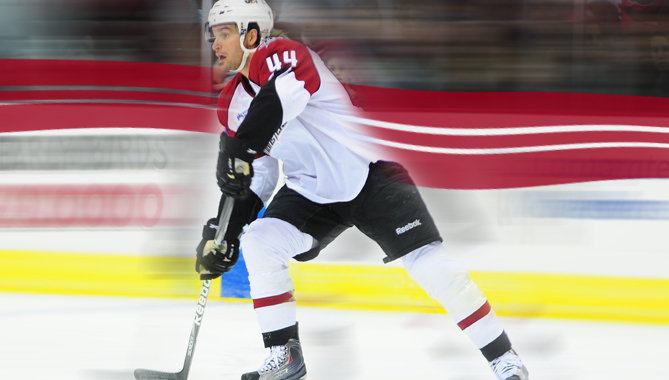 CONDORSTOWN, Calif. – The Bakersfield Condors, ECHL affiliate of the Edmonton Oilers, announced today that the team has signed D Travis Gawryletz. He will wear No. 55 with Bakersfield.

NEXT HOME GAME
Saturday, Jan. 11 vs. Las Vegas
Tune In:

Attention all ladies! Enjoy a great night out featuring food, wine, vendor showcase, a fashion show, and a chance to win a date with a Condor on Tues. January 14 at 5 p.m. Tickets are on sale now for just $25 and include a ticket to the Condors game at 7 p.m. Season ticket holders receive a discounted price of $15. For more information or to purchase your tickets, please call 324-PUCK (7825).