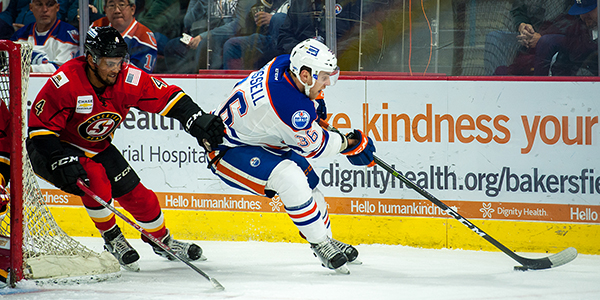 The Condors host San Jose on Tuesday night for Condors Cares Collection Night, sponsored by My45, La Preciosa 105.3 and R&D Leather furniture. Bring an item to donate to charity – canned goods, coats, blankets, toys – and get 2-for-1 admission.

Saturday after Thanksgiving is the legendary Condors Teddy Bear Toss, sponsored by Eyewitness News, KERN 1180/96.1 and Three-Way Chevrolet-Cadillac. Bring a stuffed animal to the game and when the Condors score their first goal against the San Diego Gulls, throw them onto the ice. The bears will be collected by United Way and distributed throughout the county.