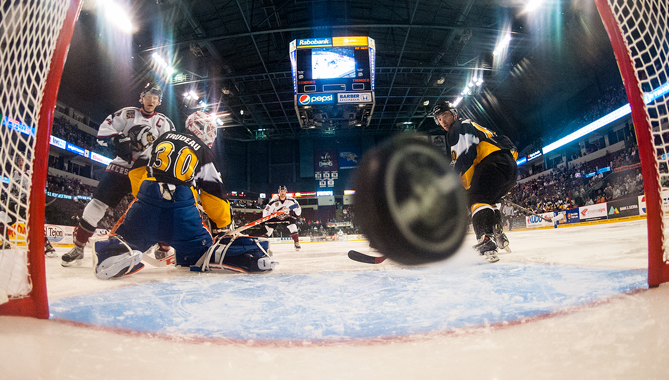 CONDORSTOWN, Calif.– The Bakersfield Condors, owned by the Edmonton Oilers, held a 3-1 lead midway through the second period, but the Stockton Thunder responded with three unanswered goals to take a 4-3 victory on Saturday night at Rabobank Arena in front of a crowd of 4,810.

Condors at Stockton, Sunday at 4 p.m.
Scroll to top