Blog - Latest News
CHARLOTTE – The Bakersfield Condors (24-20-5-1) moved four points clear in the battle for the final playoff spot in the Pacific Division with a 5-2 victory over the Charlotte Checkers (26-26-4-0) on Saturday night at Bojangles Coliseum. RW Justin Fontaine had three assists in his Condors debut and Bakersfield won for the fifth straight game. 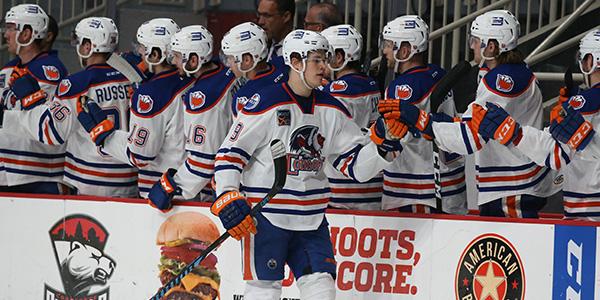