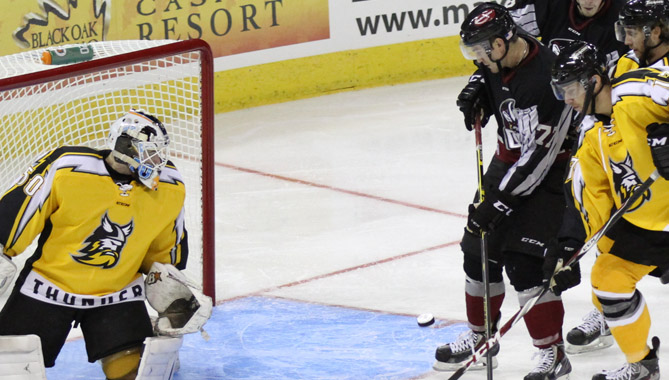 CONDORS DROPPINGS:
UP NEXT – TEDDY BEAR TOSS, FIRST SATURDAY AFTER THANKSGIVING
The Condors continue their three-game road trip in Stockton on Wednesday before returning to the Dignity Health Home Ice Thanksgiving weekend for Teddy Bear Toss. On Saturday, Nov. 29 fans are asked to bring a new or gently used stuffed animal and when the Condors score their first goal of the game, throw them onto the ice. Teddy Bear Toss is sponsored by Eyewitness News, KERN 1180 and Three-Way Chevrolet-Cadillac.
Donate to the BIG BUDDIES program for just $11/ticket and help send underprivileged children from local non-profit organizations to Teddy Bear Toss. Great incentives for your organization or business.Click here to print the order form.
TEDDY BEAR TOSS PICK 3
It’s going to be the biggest crowd of the year. You know you are going to go. But you always sit in the top rows because you wait until the last minute. Don’t wait! Save cash, save time standing in line, and sit in the seats YOU want to sit in by purchasing a Teddy Bear Toss Pick 3 plan. TBTP3 holders have access to the best seats in the house, plus you will save money and pick two more Condors games to come to over the next five months. It’s a no brainer! Packages start at just $30. Contact the Condors front office at 324-PUCK (7825).
https://www.bakersfieldcondors.com/wp-content/uploads/2014/11/2014-11-22-Game-Slate.jpg 380 669 condors /wp-content/uploads/2022/08/WebSite-Top-Bar-1.png condors2014-11-23 19:26:022014-11-23 19:26:02Connor Jones scores in Condors loss to Stockton