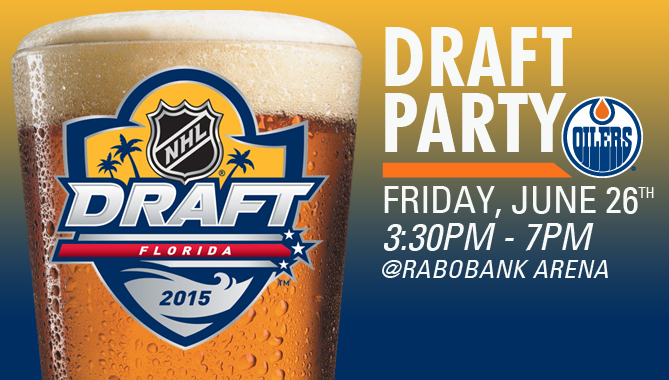 CONDORSTOWN, Calif. – The Bakersfield Condors, owned by the Edmonton Oilers, invite you to a special “Crafts for the Draft” party on Friday, June 26 from 4-7 p.m. inside The Tap Room at Rabobank Arena. The first round of the 2015 NHL Draft will be on all of the TV’s and the Oilers have two picks (#1 and #16).
All draughts of craft beer will be half off.
Who: Condors Members or ticket plan holders; not a member? We can sign you up at the party. 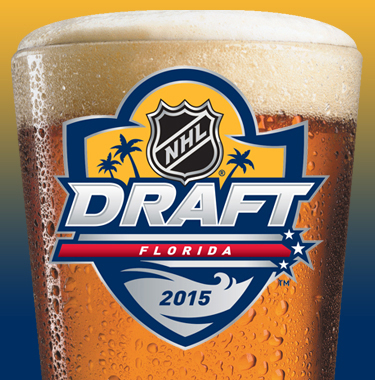 What: “Crafts for the Draft” NHL Draft Party
Where: The Tap Room inside Rabobank Arena (enter through the blue doors)
When: Friday June 26 from 4-7 p.m. (Doors open at 3:30 p.m.)
Why should I come?
Exclusive tour of the locker room renovations, purchase tickets to the NHL preseason game before they go on sale to the general public, and enjoy a big night for the Oil Country.
Condors Members Only NHL PRESEASON GAME Pre-Sale
Condors Members should have received an e-mail today with instructions on a pre-sale for the NHL preseason game between the Los Angeles Kings and the Arizona Coyotes on Monday, Sept. 21 at 7 p.m. Members have until the draft party to reserve their seats before they are released to the general public.
AHL CONDORS MEMBERSHIPS NOW AVAILABLE!
Be part of history as the Condors move to the American Hockey League in 2015-16. Ticket memberships are on sale now for as low as $17/month and ensure that you get the best benefits, exclusive invites, and more! Full memberships get you into every game, half memberships get you into half the games, and the Pick-6 Plan lets you pick the dates that are best for you. Contact the Condors at 324-PUCK (7825) or click here for more information.

Holty’s Blog: Things are Heatin’ Up
Scroll to top