CONDORSTOWN, Calif. –  The Bakersfield Condors announced today that C Leon Draisaitl (DRY-SIGH-tull) has been assigned to the Condors by the Edmonton Oilers. Bakersfield opens their first American Hockey League (AHL) regular season on Friday and Saturday at home. 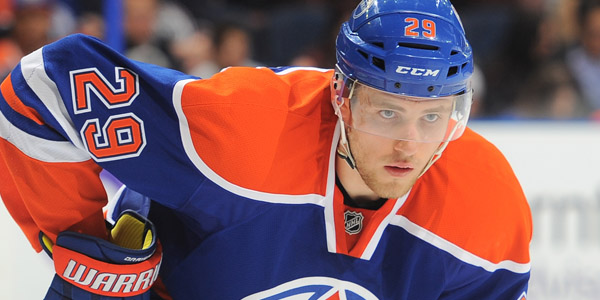 DRAISAITL – stats
CONDORS OPEN REGULAR SEASON AT HOME ON FRIDAY AND SATURDAY
The wait is finally over. The Condors will open the regular season, their first in the American Hockey League, on Friday Oct. 9 and Saturday, Oct. 10. The first 5,000 fans will receive sunglasses on Friday presented by Eyewitness News, 101.5 KGFM, and Dignity Health. Then, on Saturday, the first 2,000 fans, 17 and under, can choose from nine different team footballs as part of Deflated Football Giveaway presented by Eyewitness News and Dignity Health. They include the masters of deflation, the Patriots. Call 324-PUCK (7825) for more information on how to save money.
BECOME A CONDORS MEMBER; SAVE MONEY AND HAVE EVEN MORE FUN
Join the Condors on their historic move to the American Hockey League in 2015-16. Become a ticket member and enjoy all of the great benefits by contacting the Condors at 324-PUCK (7825) orclick here for more information. Single-game tickets for Opening Weekend are on sale now at Axs.com or by clicking here.
https://www.bakersfieldcondors.com/wp-content/uploads/2015/10/leonSlate-.jpg 430 1500 condors /wp-content/uploads/2022/08/WebSite-Top-Bar-1.png condors2015-10-05 10:18:062015-10-05 10:18:06Draisaitl assigned to Bakersfield

Would You Like to Eliminate Your Company Partner
Scroll to top