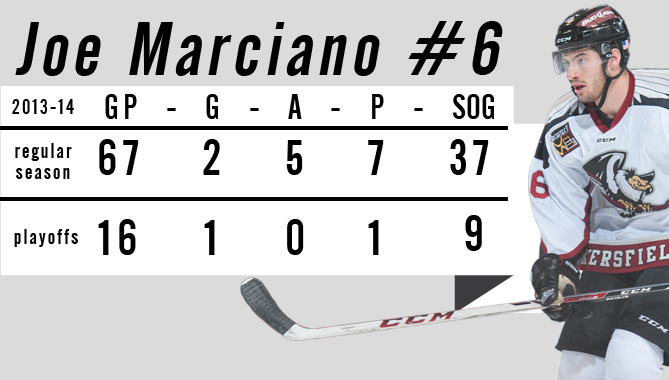 D Joe Marciano did not have to travel far for his first professional hockey season. The Rancho Cucamonga native made the short trip up the 99 after beginning the season in Orlando. He proved to be a dependable and key asset on the blue line for the team during the regular season and the playoffs.

Offensively, the former Colorado College product scored a big game-tying goal in Game 3 of the team’s first round series with Utah to help propel the Condors into a series lead and ultimately a long playoff run, ending in the Western Conference Finals.