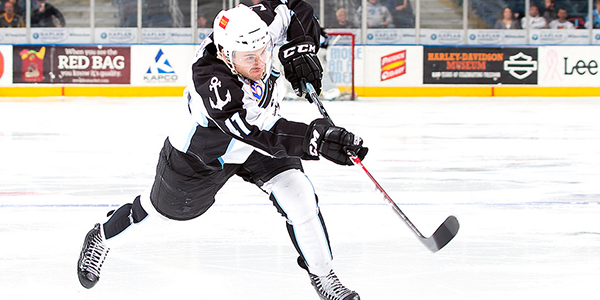 From a Condors perspective, perhaps the most intriguing summer signing by the Edmonton Oilers is winger Taylor Beck.

He just turned 25 and would qualify as an AHL veteran where he spent the majority of the 2015-16 between Bridgeport (New York Islanders) and briefly with San Antonio (Colorado Avalanche).

At the AHL level, Beck has enjoyed some impressive seasons and had 16 goals in just 46 games with Bridgeport last season after spending the entire 2014-15 campaign with Nashville in the NHL.

With Nashville, he displayed the speed and offensive instinct needed to succeed at the highest level.

As the case with most young players, consistency has been the one key focused on by Beck throughout his professional tenure.

“That’s the biggest thing,” Beck said. “I have to show up and be the same player every night. Sometimes everything is not going to go your way offensively and that’s when you focus on being a great defensive player and really finishing your checks. You have to show up every night. You can’t take a night off when you play in this organization. That’s something I definitely learned and am applying to my season.” (On Milwaukee – Jan. 21, 2014)

A proven, young, AHL commodity with significant NHL experience at the age of 25 is just the type of player that could have an impact at both levels next season in Oil Country.

Followon TwitterSubscribeto RSS Feed
HOLTY’S BLOG: What did I miss?

Day in the Life of Riggs
Scroll to top