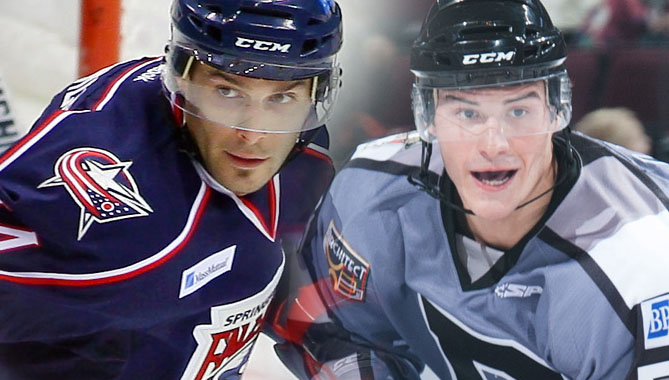 CONDORSTOWN – The Bakersfield Condors, ECHL affiliate of the Edmonton Oilers, announced today multiple roster moves ahead of two games at home this weekend. First, the team has acquired veteran C Ryan Garlock from the Greenville Road Warriors in exchange for future considerations. Second, the team has received F Brett Lyon, who was released from his Professional Try-Out (PTO) with the Abbotsford Heat (AHL) today. In other roster news, the team has released LW Brett Lutes and D Daniel Sobotka.

Troy’s Take: “A top-level veteran player who is still young and will be used in a different role at this level than he was in the AHL. He will be looked to in all situations here as opposed to in the AHL where he was more of a penalty-killer and third line player. With (Joel) Broda up in Oklahoma City for the foreseeable future, we needed to get stronger at the center position and he does that for us.”

Troy’s Take: “We obviously add toughness to our lineup with Brett coming back. His experience up in Abbotsford will only help him, and we’re looking forward to getting him in town.”
Both are expected in Bakersfield in time for the team’s games at home this weekend.
Home games this Friday and Saturday