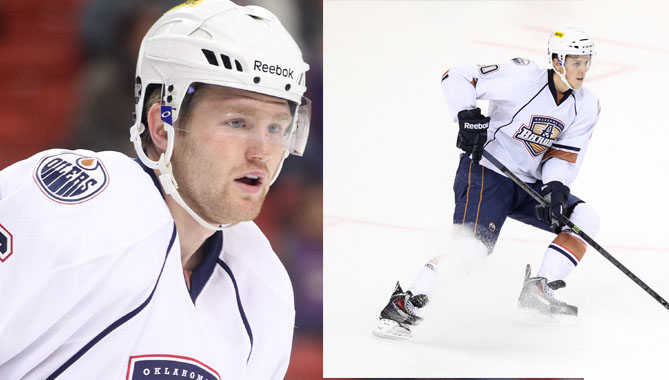 CONDORSTOWN – The Bakersfield Condors, ECHL affiliate of the Edmonton Oilers, announced today that D David Musil and D Martin Gernat have been reassigned to the team from the American Hockey League’s (AHL) Oklahoma City Barons. Both are currently en route to Anchorage.

This Week:
Friday, Saturday and Sunday at Alaska
Next Home games: Nov. 9 & 10
Tune In:

Why have you quit posting the game day box on the web site?
Scroll to top