GET TO KNOW: RW Kirill Maksimov

NEED TO KNOW:
• Second on the IceDogs in goals with 40 and third on the team in scoring with 79
• Led the team in penalty minutes with 118
• Signed his entry-level contract with Edmonton on March 15, 2018

WHAT HE’S SAYING:
“I like to play aggressive. I don’t want to be soft,” – Maksimov on his physical style of play.

Maksimov celebrates a goal against Ottawa. 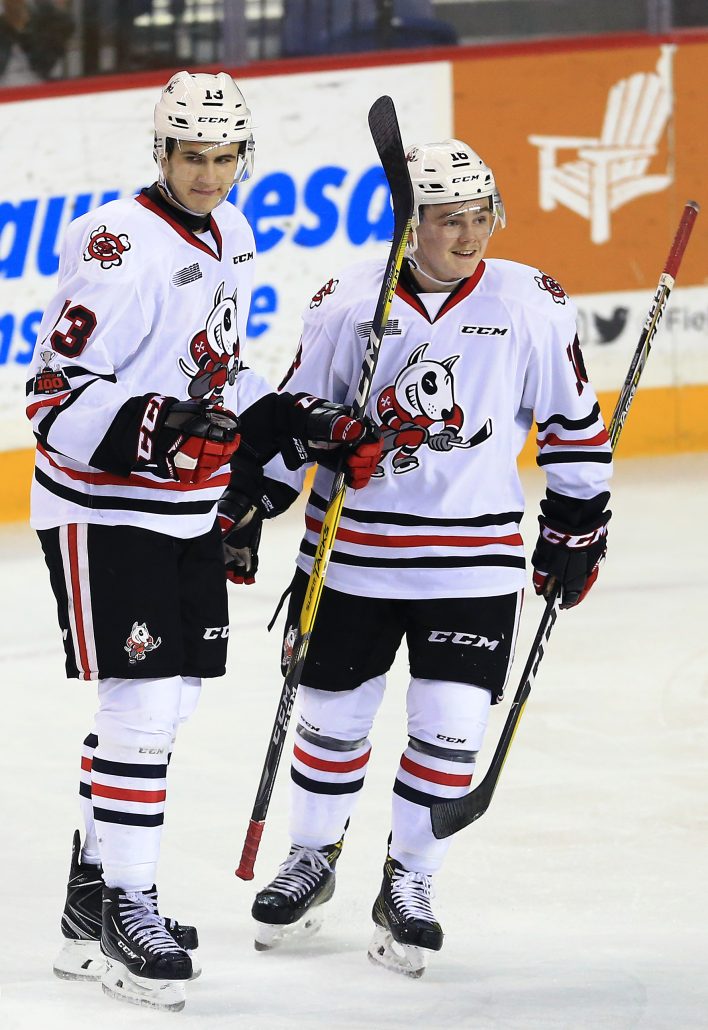