GET TO KNOW: C RYAN McLEOD

WHAT HE’S SAYING:
“I was really fired up to come here (Bakersfield) after signing my entry-level contract. It was good to get the experience before the summer, because in the pros everyone finishes their checks and there isn’t as much time and space to make plays,” –
McLeod.

FROZEN MOMENT:
McLeod shares a laugh with d-man Ethan Bear during warmups prior to making his Calder Cup Playoffs debut. 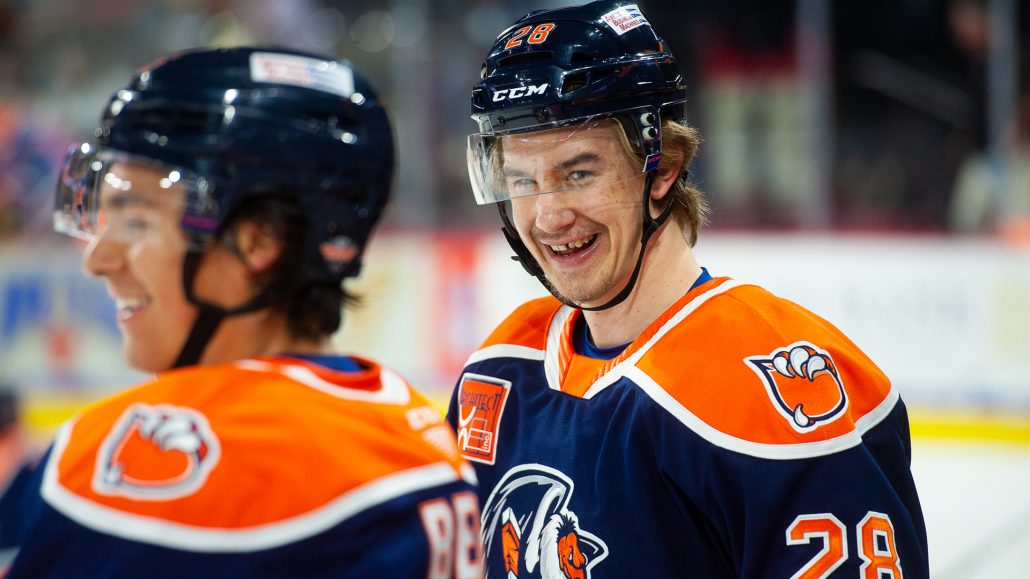 Check back next week as we get to know incoming d-man Dmitri Samorukov.

HIGHLIGHT OF THE YEAR | Ryan McLeod
Scroll to top