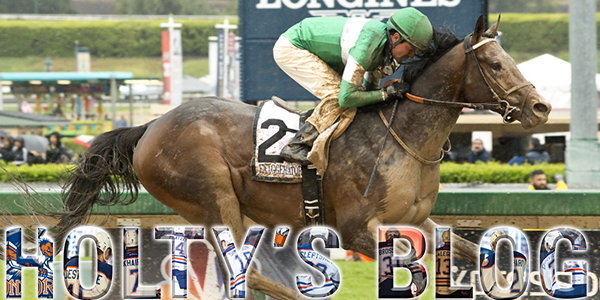 I have learned a lot from the man who sits 78 inches from me, @KevinBartl. He’d like to think he’s taught me everything, but suffice it to say, I’ve acquired a good chunk of knowledge from him.

Yesterday we reminisced about the days when Bartl used to blog. His was “every week for the entire year,” as he reminded me. You can view this gem of a blog from 2011 when he pondered whether Twitter was just a passing fad and would go the way of MySpace.

In honor of my boss, today’s blog will be a “5 Questions.” I know, it’s not as cool as a Top 5 or as fun as my traditional blogs, but again, as I’ll remind you, it’s my blog and I’ll do what I want.

Who wins The Preakness on Saturday? Exaggerator. Fact is, he should have won the Derby two weeks ago as well. Life is too short to bet favorites. I like him with Abiding Star, who hasn’t lost as a 3-year old and Cherry Wine who, as the guys at Barstool like to say, is as grey as Nantucket Mist. Always bet the greys. 5-1-9 exacta box. If you want a tri-box, throw Nyquist in there. But, as I’ll remind you, life is too short to bet favorites and unders.

Who is your favorite hockey play-by-play guy? I get asked this from time-to-time, and since I’m on a free trial of Sirius XM, I’ve had a chance to listen to more NHL broadcasts lately. Gary Thorne is still the best all-time for me (and Bartl too). Jim Hughson, who is the lead broadcaster on Hockey in Night in Canada is the best right now even though we hardly get to hear him. He was the voice of the NHL video games growing up. I did enjoy listening to Pat Foley (Chicago) during the playoffs. On the radio side, I’ll give you two who started in the ECHL and are now in the NHL: Jack Michaels – @EdmontonJack (Edmonton) and Doug Plagens – @DougPlagens (Florida). I’m probably biased on both, but the list is subjective.

Which game-worn jerseys will be on sale Wednesday? If you didn’t hear, we’re holding an equipment and jersey sale on Wednesday from 3:30 – 6:30 p.m. in the arena. It’s also Select-A-Seat for those of you who need to hop on board for next year. Bartl said I wasn’t allowed to tell you some of the jerseys from this season that will be on sale, but I’m going to. There will be Klinkhammer, Kessy, Pitlick, LaLeggia, and Slepyshev jerseys up for grabs in addition to more from this season. You’ll want to be there.

Have you researched things to do in Tucson yet? Is the sun hot? Of course I have. This TucsonFoodie website appears to have everything I’ll need to ensure a good road trip. Fourth Avenue, here we come. If you’re in the dark as to “Why Tucson,” it’s because the Coyotes are moving their AHL team there in the Fall.

Are you working tomorrow? Yes. But some of it will be spent on the golf course. Along with Bartl, VP of tickets Jose Rivera, and Teddy Bear Toss goal scorer Ryan Hamilton, we’re playing in the Greater Bakersfield New Car Dealers Association Golf Tournament tomorrow at Bakersfield Country Club. Allowing me on BCC is like when they had the 15-minute Caddy Day at Bushwood. I’m there for the lunch, the laughs, and the good weather. Thanks to our friend Ted Nicholas from Three-Way Chevrolet for the invite.

Ryan Holt a.k.a. Holty enters his sixth season with the Condors in 2016-17. Bartl has threatened to fire him if he doesn’t make at least one birdie putt tomorrow. Follow him on Twitter @CondorsHolty or shoot him blog ideas and comments to rholt@bakersfieldcondors.com