Let’s cut me some slack. After all, we did have a home opener on a Thursday. And as I’ll remind you, it’s my blog and I’ll do what I want.

– The “fourth” line is often referred to as the energy line and that’s exactly what the Gambardella/Butcher/Gust line brought to the game last night. Even had Gust not scored twice, that line was doing the right things.

– Here are all the highlights from last night

– If you didn’t know much about David Gust before last night, surely you do now. He’s out of Ohio State, put up good numbers there, and was signed to an AHL contract this summer. He was banged up during training camp, hence why he didn’t head to Edmonton, but a very nice debut.

– Good post-game as well with Brad Malone, a.k.a. “Bugsy” on how the new faces have meshed with the returners and the team is starting to build an identity

– Mark Fayne and Keegan Lowe both left the game last night, so we’ll have to see their status moving forward for tomorrow. I’d expect you’ll see either Ziyat Paigin, Ben Betker or perhaps both against the Roadrunners.

– The new videoboard makes such a huge difference from not only a broadcast perspective, but also a fan experience 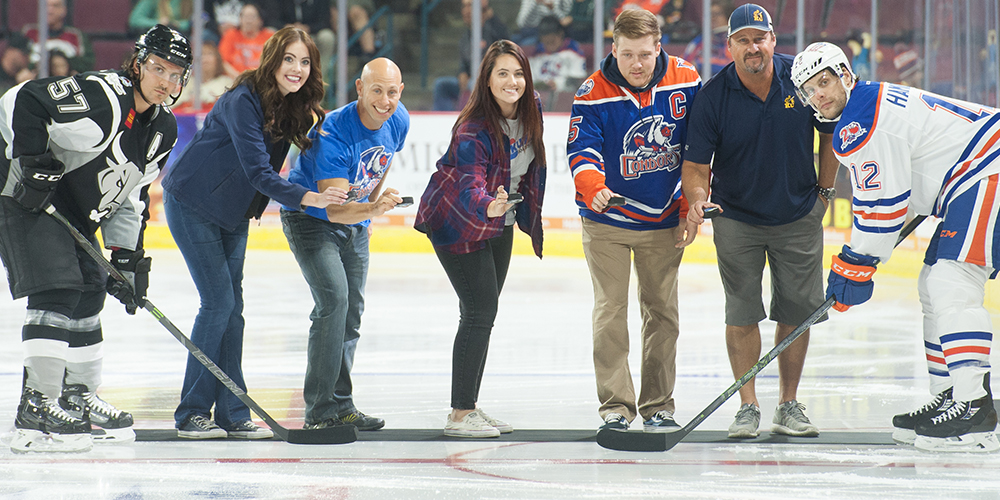 – Remember as well to arrive early tomorrow as the team will have a player red carpet beginning at 4:30 p.m. Good chance to grab a quick picture or autograph

– LOCK OF THE WEEK: I was knocked out of survivor pool the other week with Atlanta failing to get by Buffalo, so what do I know anymore? That said, I’ve never felt more sure of anything in my life than the Patriots beating the Jets this week. I don’t think it will be close in fact. Something like 42-17 New England.

Ryan Holt aka Holty is in his seventh season with the Condors. He only had four slices of Jerry’s Pizza post-game. Follow him on Twitter @CondorsHolty for more nonsense or shoot him an e-mail to RHolt@bakersfieldcondors.com with questions, comments, or blog ideas.