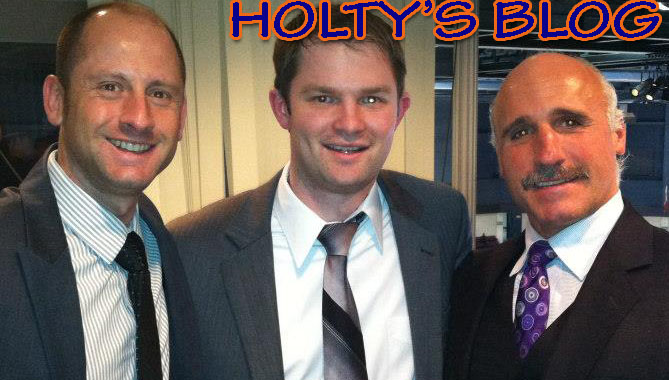 I like the hodgepodge blog that I had the last time. Some quick hits, if you will. This will be similar. Short and sweet folks. But kind of related. You’ll see.

If you don’t like it, go read some other blog, because this is my blog and I’ll do what I want.

The first order of business is the recognition of our business. We took home three awards at the ECHL League Meetings last week, including tying for the league lead in finalist nominations with five total. (Thanks to good friend of the blog, @GrizzliesVoice, for that one). It wouldn’t be an award ceremony without a fun game, and thanks to @Joe_Babik for entertaining with “The Family Feud.”

Team President Matthew Riley took home executive of the year, VP Jose Rivera took home ticket executive of the year, and our marketing department, which might as well be everyone in the organization, won the award of excellence in marketing. It’s funny, every year we think it will be impossible to top the previous year, but somehow we find a way. 15 ECHL awards and counting.

Speaking of how we are going to top things next year, renew your tickets before ticket prices go up on June 30. That’s Monday. As in this upcoming Monday. Click here or call the office at 324-PUCK (7825) and get this done before the 4th. It’s what the founding fathers would want you to do.

Speaking of the founding fathers, Mann and Murph are on the ground in Philadelphia at the NHL Draft. There are coaching clinics and other networking opportunities with basically the entire gamut of hockey executives. They’re supposed to be meeting up with the Oilers as well, so be sure to check out our Facebook / Twitter for some behind the scenes.

Speaking of the draft, the Oilers draft 3rd overall tomorrow. Please, no emails about when we can expect to see him in a Condors sweater. It WILL NEVER happen. In fact, nobody drafted in this year’s draft will play for the Condors this year. Down the road? Probably. But not this year. Just enjoy the draft for what it is. You should see Bill Scott, current Oilers Asst. GM, on the coverage at some point. He was in Bakersfield this year a few times and met with fans.

Speaking of draft picks, hats off to former Condor PR guy and good friend of the blog Jeremy Zager (featured on the main picture with myself and Daryl Evans) on not only winning the Stanley Cup with the Los Angeles Kings, but then going out on top as he heads to the private sector. We plucked him from the Gulls. Get it?

Speaking of potential Condors… Yeah, don’t worry, we will get to announcing returners and other signings. It won’t be next week. Enjoy your holidays in peace knowing that the work is being done and everything is alright.

Speaking of time off work, watch the World Cup. Your champs? Still The Netherlands.

That’s all I have folks. I’m off to dinner. Until next time Condorstown…

Ryan Holt, a.k.a. “Holty” is the voice of the Condors, having just completed his third season in Condorstown. They don’t make an SPF strong enough to block him from getting sunburned.