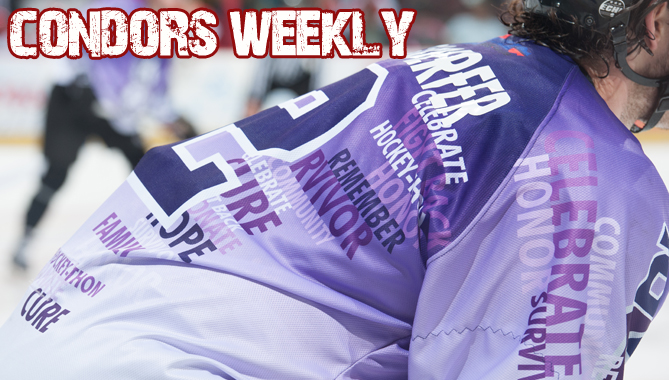 CONDORSTOWN, Calif. – The Bakersfield Condors, owned by the Edmonton Oilers, picked up two wins in a slow week for the team, running their home winning streak to four games. The Condors have the second-best winning percentage in the Western Conference since Nov. 27 with a record of 21-10-1-2 (.662). Only the Alaska Aces have a better winning percentage in that time.