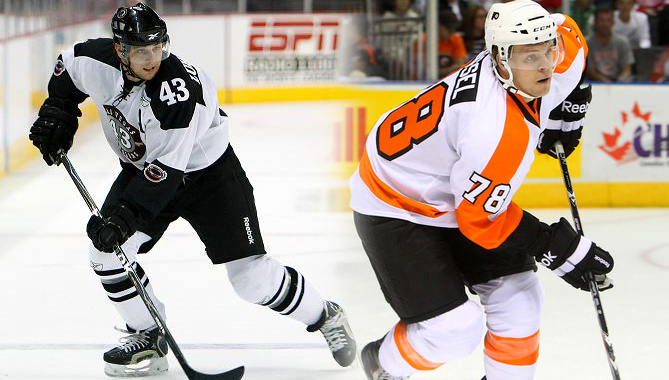 Troy’s take: “A really good puck-moving defenseman who will see some power-play time and can produce points from the back end. He has good size and we’re looking forward to his contributions this season.”

Troy’s take: “A veteran winger who can play in all situations. He has AHL experience and can provide some scoring for us this season.”

Home games this Friday and Saturday: