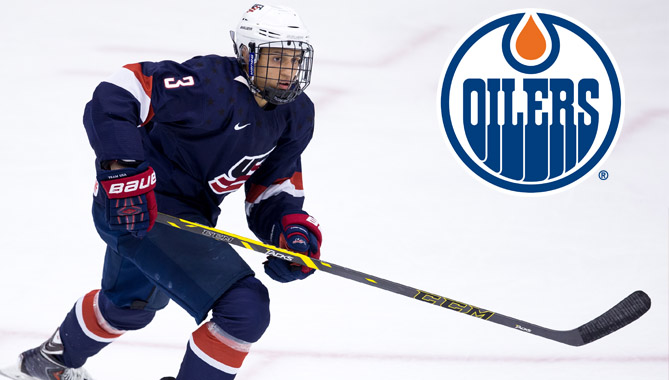 Draft profile from NHL.com Central Scouting
His brother, Seth, was drafted fourth overall by the Nashville Predators in 2013 and has been a regular on the club’s blue line the past two seasons, registering 14-38—52 in 159 regular-season contests. His father, Ronald (Popeye), played 11 seasons in the NBA with Dallas, Toronto, Boston, Denver, Washington and Golden State.

Followon TwitterSubscribeto RSS Feed
Thank you for the shout out, Peter!