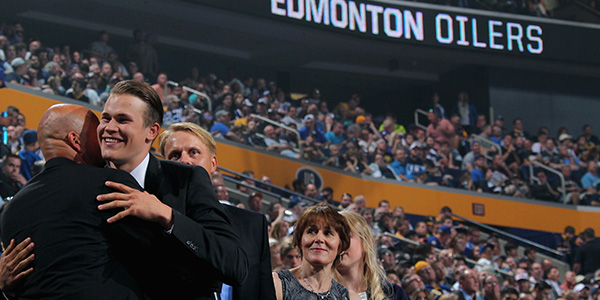 The Edmonton Oilers, with their first round selection, fourth overall in the 2016 NHL Draft, have selected winger Jesse Puljujarvi from Oulu Karpat of the Finnish Elite League (SM-liiga).

Puljujarvi has represented his country several times internationally, most recently at the 2016 World Junior Hockey Championship where he led the tournament in scoring, registering 17 points (5G, 12A) in seven games, helping Finland capture a gold medal. Puljujarvi was named the tournament’s Best Forward and became the youngest player in the tournament’s history to win Most Valuable Player. His 17 points ranks him second in all-time points for a player under the age of 18 in the tournament behind Jaromir Jagr, tying Wayne Gretzky and Eric Lindros.