Blog - Latest News
CONDORSTOWN, Calif. – The Bakersfield Condors announced today that the Edmonton Oilers have signed d-man David Musil to a one-year NHL contract. Musil had been a restricted free agent. Stay up to date with who is signed with the team’s roster tracker available by clicking here. 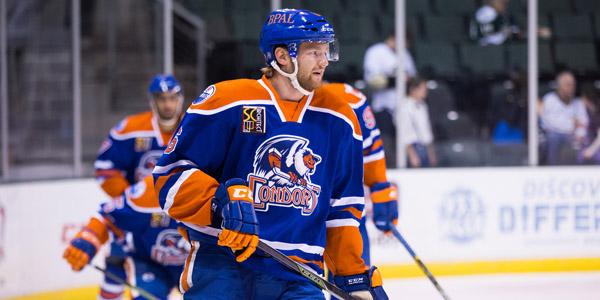 MUSIL – stats (23 years old, 6’4″, 203 lbs., Calgary, Alberta)
HOME OPENER IS OCTOBER 22
The Condors home opener will be Saturday, Oct. 22 at 7 p.m. Other dates announced include Field Trip Day on Wednesday, Nov. 16 at 10:30 a.m. and Teddy Bear Toss on Saturday, Nov. 26 at 7 p.m. Make sure you get the best seats for the best price now by locking in a membership here or calling 324-PUCK (7825)
OUR OFFICE IS CLOSED UNTIL NEXT THURSDAY, AUGUST 4
The Condors front office will be closed until next Thursday, August 4 at 10 a.m. due to renovations. During that time, phones will be down, but staff will have access to e-mails on a limited basis. Follow the Condors on social media below for updates.
FOLLOW US ON SOCIAL MEDIA AND GET BREAKING NEWS FIRST
If you followed the Condors on Facebook, Twitter, and Instagram, you would have known this news already. Plus, you will be entertained all offseason long. Do it. You won’t regret it.
https://www.bakersfieldcondors.com/wp-content/uploads/2016/07/musilWarm.jpg 300 600 condors /wp-content/uploads/2022/08/WebSite-Top-Bar-1.png condors2016-07-29 14:40:442016-07-29 14:40:44Oilers sign Musil