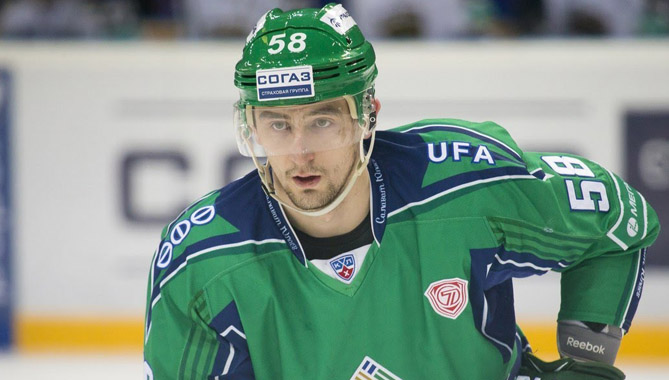 The Edmonton Oilers announced today, they have agreed to terms with winger Anton Slepyshev on a three-year entry level contract.

The Penza, Russia native also participated in the 2014 Spengler Cup with Ufa, leading the team in scoring, posting five points (2G, 3A).

Slepyshev has also represented his country internationally at the 2014 World Junior Hockey Championship.

Slepyshev was selected by the Oilers in the 3rd round (88th overall) of the 2013 NHL Draft.