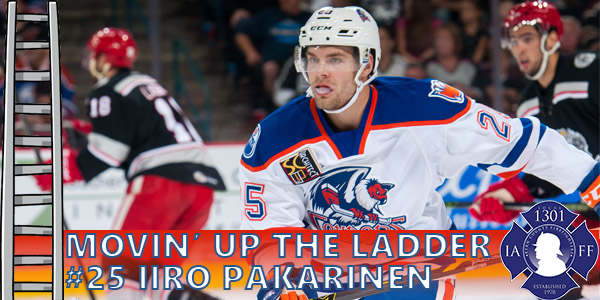 CONDORSTOWN, Calif. – The Bakersfield Condors announced today that RW Iiro Pakarinen has been recalled by the Edmonton Oilers. In addition, F Andrew Miller has been assigned to Bakersfield after playing last night for the Oilers against Detroit.

Miller returns to Bakersfield after appearing in one game with the Oilers. He has a goal and two assists for three points in four games with the Condors.

TEAM POSTER NIGHT, SAT., OCT. 24 vs. SAN DIEGO
The Condors welcome back their oldest rivals in the San Diego Gulls for Team Poster Giveaway Night, Saturday, Oct. 24. Everyone at the game will receive a poster featuring the Condors historic first-ever American Hockey League team, sponsored by My45, Energy 95.3 and Kern Print Services. Following the game, season ticket members are invited to the club room for an exclusive meet and greet with the team.
Fans can receive their flu shots on a first-come, first-serve basis at the game on the concourse behind section 115 courtesy of the Kern County Pharmacists Association.
Doors open at 6 p.m., the puck drops at 7. Visit BakersfieldCondors.com or call 324-PUCK (7825) for more information on how to save money on you Condors tickets.
BECOME A CONDORS MEMBER; SAVE MONEY AND HAVE EVEN MORE FUN
Join the Condors on their historic move to the American Hockey League in 2015-16. Become a ticket member and enjoy all of the great benefits by contacting the Condors at 324-PUCK (7825) or click here for more information.
https://www.bakersfieldcondors.com/wp-content/uploads/2015/10/IiroUpTheLadder.jpg 300 600 condors /wp-content/uploads/2022/08/WebSite-Top-Bar-1.png condors2015-10-22 14:29:342015-10-22 14:31:13Pakarinen recalled; Miller returns