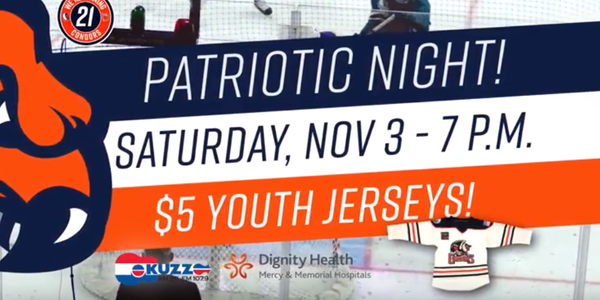 CONDORSTOWN, Calif. – The Bakersfield Condors are home for two games on Dignity Health Home Ice at Rabobank Arena on Saturday and Sunday. Saturday night is Patriotic Night with a specialty jersey auction and patriotic youth jerseys available for $5. Sunday, bring new, packaged underwear to the game and throw them on the ice after the Condors first goal for charity. Skate with the team after the game.
WATCH: PATRIOTIC NIGHT TELEVISION COMMERCIAL 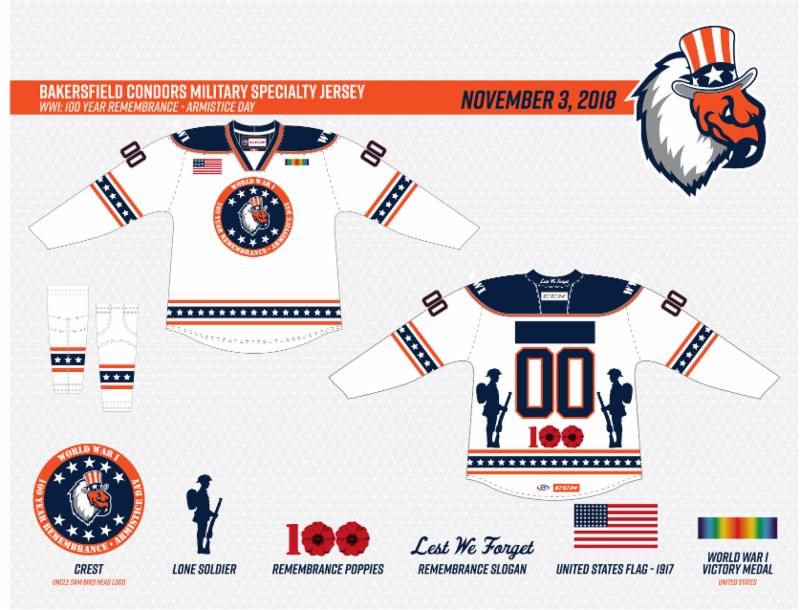