GET TO KNOW BRAD WITH THESE FIVE FAST FACTS:

Brad Malone scores his first NHL goal for Colorado in 2013

Malone scored his first with Carolina in January 2015 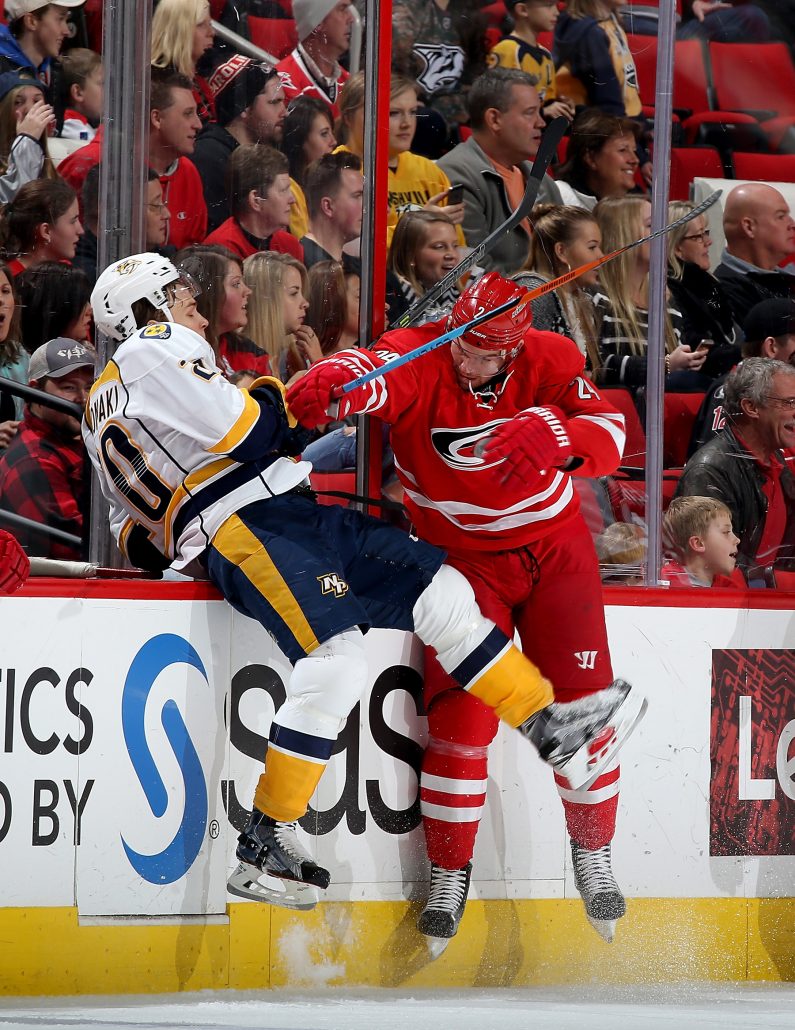 RALEIGH, NC – JANUARY 02: Miikka Salomaki #20 of the Nashville Predators is checked into the boards by Brad Malone #24 of the Carolina Hurricanes during an NHL game at PNC Arena on January 2, 2016 in Raleigh, North Carolina. (Photo by Gregg Forwerck/NHLI via Getty Images)