FIVE FACTS ABOUT 2016-17:
1. The year really began with Puljujarvi being selected fourth overall in 2016 NHL Draft in June
2. Youngest player to suit up in the AHL in 2016-17 at 18 years of age; he was the second youngest ever to play in the AHL
3. Led all Condors rookies in scoring
4. Had a five-game point streak to begin his Condors career after playing the first half of the season with Edmonton
5. Finished the year at the World Championships where he represented Finland

WHAT HE’S SAYING:
Click here to read an article from the Oilers on Puljujarvi’s first season as a pro


HIGHLIGHT OF THE YEAR:

Puljujarvi scores his first AHL goal. He would go on to pot 12 and lead all Condors rookies in scoring.


PIC OF THE YEAR:

Known for his propensity to have his tongue out while playing, Jesse Puljujarvi heads up ice. 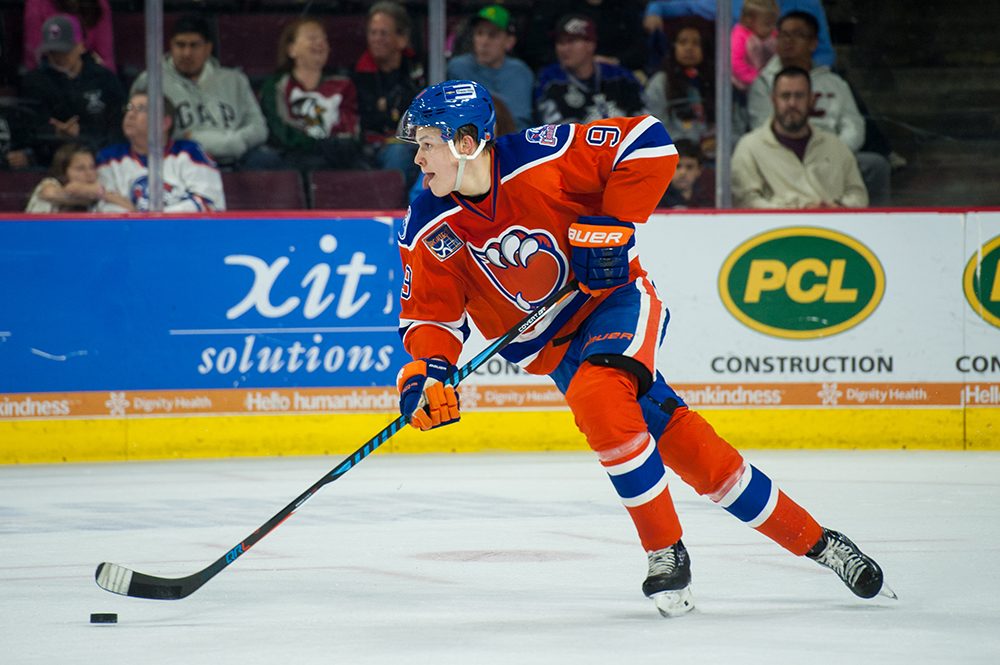