“Kudos to Joey,” Condors Head Coach Gerry Fleming said. “It’s not easy playing D your whole career then moving up to forward. He’s a smart player, a good player; he understands the game. He’s been one of our best if not most consistent forwards.”

Here’s how @joeylaleggia and the @Condors downed Ontario in OT last night: pic.twitter.com/EkwXjePvA7

Joey LaLeggia celebrates his overtime game-winning goal on Dec. 9, 2016 at home against Charlotte. 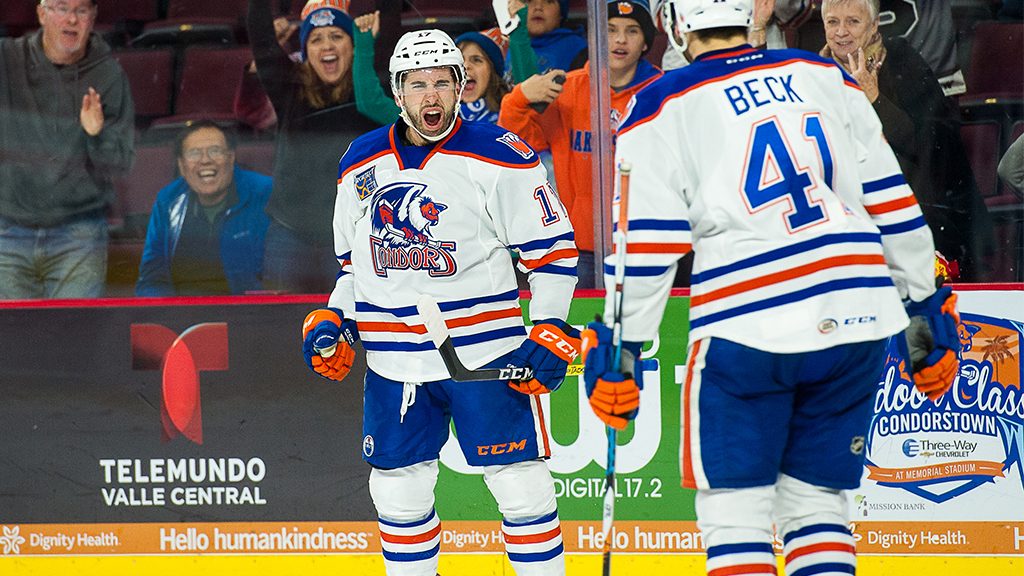