GET TO KNOW ZIYAT WITH THESE FIVE FAST FACTS:

“If I’d gone back to Russia this summer, I wouldn’t have worked as hard as I did here,” he said.

If he has to go to the Oilers AHL farm after their main training camp, bring it on, baby.

“If the coaches say go to Bakersfield, I’ll go there. it’s a good league,” said Paigin, who has little trouble with English verbiage; He welcomes interviews as part of his pro initiation.

“I started speaking English in elementary school and after I went to Kazan (KHL) we had four or five North Americans including Anders Nilsson. You know him here. Very good goalie,” said Paigin. “I want to play in the NHL. It’s the best league in the world.”

– “Z” in an interview with the Edmonton Sun’s Jim Matheson: full article here

“He’s seven feet tall and he can skate like the wind,” joked Mark Letestu in a fit of hyperbole after seeing Paigin for two weeks at Perry Pearn’s 3-on-3 pro camp. “You can tell he’s played in a men’s league before.

“And he’s from Sleppy’s hometown, they grew up and played minor hockey together.”

Z scores for HK Sochi off the rush


FROZEN MOMENT
Z celebrates with Russia during a recent contest. He has played for both the World Junior team and the Men’s National Team 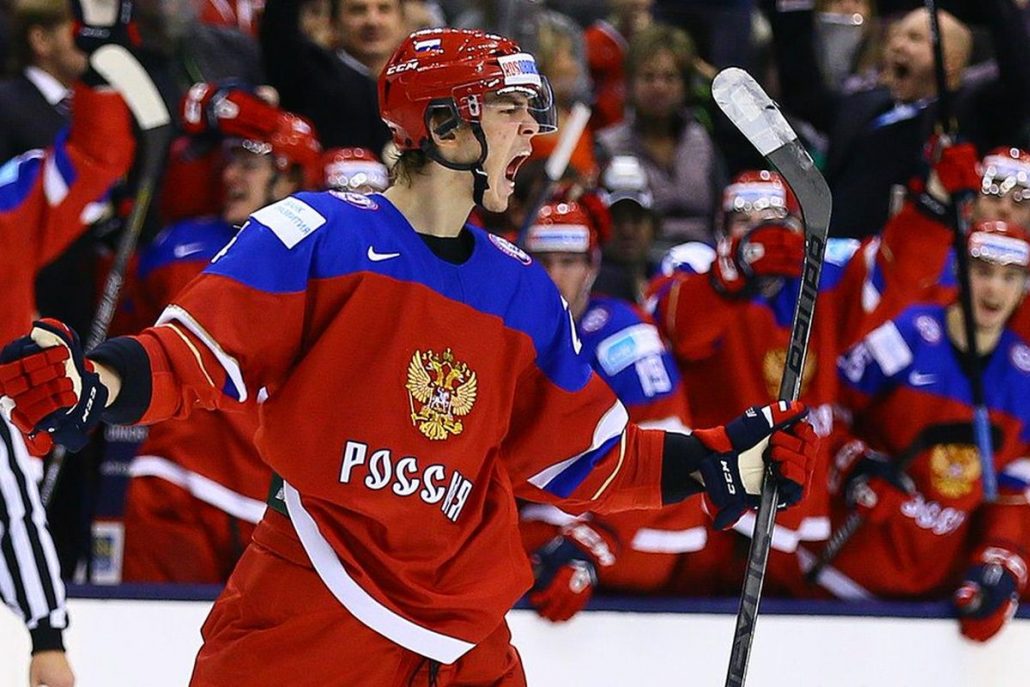