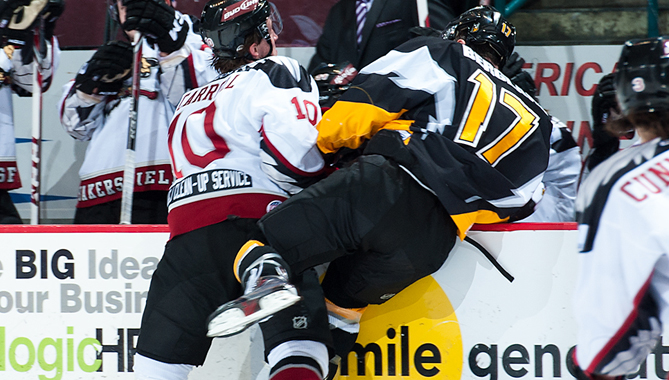 STOCKTON, Calif. – The Bakersfield Condors (15-17-1-2, 33pts) moved up to the 7th spot in the Western Conference with a 4-3 shootout loss to the Stockton Thunder (20-13-0-4, 44pts) on Saturday night at Stockton Arena. D Erik Burgdoerfer gave the Condors a 3-2 lead early in the third period, but it was equalized minutes later.