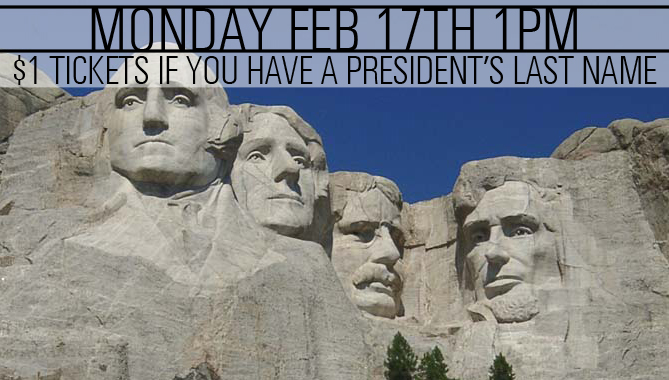 Nacho Monday – For just $10, receive a lower-level ticket and a FREE nacho. AWESOME!

Promotion: $1 tickets for anyone with one of the 44 US Presidents’ last names (up to six tickets, ID required) … High School/College Students receive a $1 ticket by presenting their ID at the box office presented by KERN 1180 AM
NACHO MONDAY: Purchase a lower level ticket for just $10 and receive ONE free order of nachos.

TODAY
The Condors host the Alaska Aces for the first time all season. It’s

also the first time since the opening week of November that the two clubs have met. The Aces swept Bakersfield in that series, contributing to the slow start for the Condors this season. However, a big part of their three-game triumph was G Laurent Brossoit, who shut out the Condors in back-to-back starts. Brossoit was at the time assigned to Alaska from Calgary (who later traded him to the Oilers). The Condors roster features 11 players who were not a part of the team the last time they met.

IN CASE YOU MISSED IT
The Condors are coming off back-to-back losses in Idaho from the weekend, after taking the series opener on Wednesday. The Condors fell 4-3 on Friday night and 6-3 on Saturday, making it the first time since joining the team that G Laurent Brossoit has lost back-to-back starts. Idaho scored three power play goals in Saturday’s setback.

The Aces split their two-game, top of the standings matchup with the Ontario Reign last weekend. They won 6-2 on Saturday night, but fell 4-2 yesterday. They surrendered just 40 shots on goal combined in the two-game series.

CONDORS NOTES
The Condors have a power play goal in six straight games… LW Chris Collins has a point in eight straight games (3g-7a)… The Condors had given up just eight power play goals on the road in total all season, before surrendering three Saturday night. The PK has slipped to 2nd overall in the ECHL… C Nicholas Tremblay missed Friday and Saturday’s games due to injury… F Spencer Bennett and Brossoit are both ex-Aces. Bennett played 22 games with Alaska in 2012-13 and added five playoff games.

Come to Condorstown hungry and check out what’s on the Club Room and Tap Room menus!