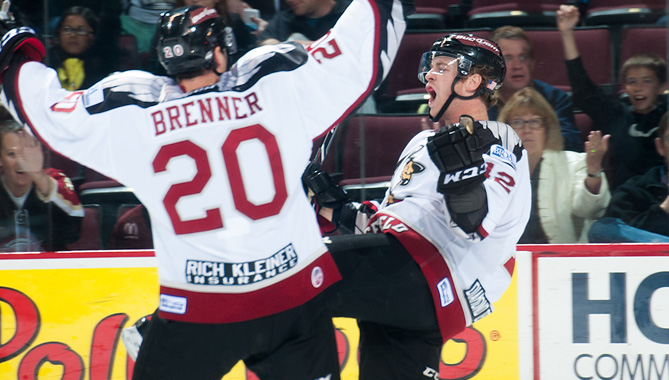 The Condors head out on the road for two contests in Ontario next Friday and Saturday. Listen to all the action on Fox Sports 970 or through the iHeartRadio App on your phone.

The team returns to home ice on Tuesday, Nov. 26 against the San Francisco Bulls for Canned Food Drive Night, sponsored by La Preciosa 105.3. Get a $1 ticket with the donation of two non-perishable food items. Also, in honor of the release of “Hunger Games: Catching Fire”, bring your ticket from any showing of the film at Maya Cinemas and receive $1 admission to the game.