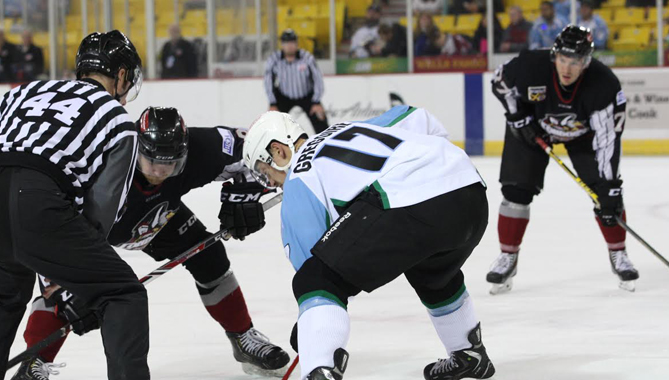 CONDORS DROPPINGS:
UP NEXT – STAR WARS NIGHT & SEINFELD WEEKEND
The Condors play in Alaska on Saturday night at 8:15 p.m. and Sunday afternoon at 4 p.m. After returning home, they prepare for two HUGE promotions.

Friday, Nov. 14 is Star Wars Night, sponsored by My 45 and 98.5 The Fox. Meet characters from the movies as members of the Rebellion and the Galactic Empire invade Rabobank Arena. On Saturday, Nov. 15 the Condors will don their much-publicized Seinfeld Puffy Shirt Jerseys, sponsored by KUZZ 107.9 and American Business Machines. The jerseys will be auctioned off for M.A.R.E. after the game and five will be given away that night.